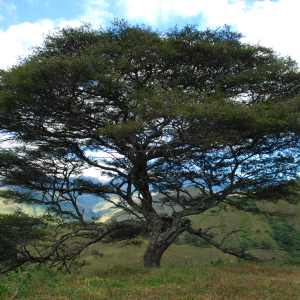 Comforting the disturbed, disturbing the comfortable

The Solari Report
14.2K subscribers
“[The Rockefellers] have a great deal of power. But I believe that the generic Nazis I spoke of earlier—and I don’t know any names—have taken over. They are the technocrats of the future. I found that some of these people actually believe their own fabrications. I was spinning yarn, making connections, and influencing perception. But once in a while I would run into a creature that truly believed that…you know what I mean. They are dangerous if anyone is dangerous. They want to take over the brain in a very precise way and, as one of my favorite philosophers Krishnamurti used to say, ‘We each need to become aware soon, we need to find our own unfiltered awareness, we need to discover what our own unique perception is, because in the next century they are going to do wholesale experiments on the brain, and then…things will be more difficult.'” ~ Ellis Medavoy to Jon Rappoport, The Medavoy Interviews ~ Interview will be posted on Thursday, March 19th by 6pm CT~ By Catherine Austin Fitts
Shock doctrine is upon us.

The economy in much of the developed world is being shut down by order of national governments. Borders are closing. People are quarantined and ordered to work or go to school from home. The explanations are bizarre, the facts hard to discern. We are told there is a coronavirus pandemic that started in Wuhan, China, spread to Iran and Italy, and then continued throughout the developed world. To date, the death toll is less than the annual flu.

When millions of people who are living paycheck to paycheck are laid off with no source of income, and hundreds of thousands of small businesses and cultural and sports events are bankrupted, there are plenty of reasons for panic other than invisible viruses spreading across the globe. The lines at gun stores have never been this long.

Efforts to keep people from gathering and communicating—other than through highly surveilled online means—are suspicious. The Fed has injected $5+ trillion into the repo market, announced a new round of bond and mortgage-backed securities buying, and offered lines of credit to primary dealers, prompting the Wall Street Journal to announce this week, “Well, so much for timidity at the Federal Reserve.” The U.S. and other governments are authorizing billions in emergency spending, while lobbyists are pushing for the end of bank reserve requirements and an escalation of war in the Middle East.

What is happening and why? I discussed this extensively last week on Money & Markets. However, I wanted to compare notes with Dr. Joseph P. Farrell, who agreed to join me for an in-depth discussion and some “high-octane speculation” regarding the dramatic changes underway.

Cui Bono? Who Benefits? Join us this week, as Joseph and I sleuth out what may really be going on and where all of this may lead.